University of Johannesburg Team helps to “barcode” the world’s plants 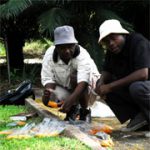 An international team of 52 scientists working in 10 countries, including botanists from the University of Johannesburg (UJ), has concluded a four year effort to agree on a standard ‘plant DNA barcode’ to provide the foundation for the widespread use of DNA technologies to identify plants. Dr Michele van der Bank is the lead investigator of the project at UJ. The University is also playing a leading role in Africa as the continent’s representative for the new TreeBOL initiative (DNA barcoding of all the trees of the world). Michelle van der Bank and Olivier Maurin are heading the regional working group for Africa. Their aim is to facilitate the transfer of precise and reliable information between the continent’s tree collections and the rest of the world, and also to build capacity in Africa.

DNA barcoding has been widely used to identify animal species since its invention five years ago. It provides an efficient means by which many undescribed species that exist on earth can be discovered. This discovery is important because understanding biodiversity is crucial to long-term human existence on the planet. 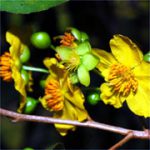 However, its use for plants was delayed because of the complex nature of plant genetics and finding the right stretch of plant DNA. Previously, scientists had difficulties in reaching a consensus on which DNA region, or indeed how many regions, to use. For the first time, the botanists involved in evaluating plant barcoding regions have pooled their data to agree on a standardised approach. This involved comparing the performance of the seven leading candidate DNA barcoding regions on a common set of samples.

The primary application of the methodology will be the identification of the many species in the world’s biodiversity hotspots where a shortage of specialists hinders conservation efforts. Other applications include identifying illegal trade in endangered species, identifying invasive organisms, poisonous species and fragmentary material in forensic investigations. The technique will work on minute amounts of tissue and can be used on fragments of plant material, small seedlings, and in some cases digested or processed samples. The methodology will also be used immediately in global projects such as Tree-BOL which aims to build the DNA barcode database for all the species of trees of the world – many of which are of economic and conservation importance.

During the past two years UJ has collected approximately 80% of the tree species of southern Africa, which forms part of the TreeBOL Africa project and has also set up several collaborated projects with researchers in Africa. One of many barcoding projects currently at UJ is the barcoding of protected timber and traded trees in Africa to assist custom officials at our ports/borders. Dr van der Bank`s team has completed the barcoding project for all trees and shrubs of the Kruger National Park. They are using the standardized protocol for plants to barcode all these species and are adding it onto the BOLD (Barcode of Life Database) database.