The 16th Annual World Congress of the Human Proteome Organisation (HUPO) was held at the Convention Centre Dublin in Ireland, from the 17th to the 21st of September 2017. HUPO is organised by the European Proteomics Association (EUPA) and the British Society for Proteomics Research (BSPR).  The vision for HUPO2017 Congress was to “create a meeting that will bring together world leaders with a new generation of scientists to promote HUPO’s capabilities for advancing knowledge of the Human Proteome and the impact this will have on understanding health, disease and ageing”.

The congress ran six concurrent themes throughout the congress period.  These themes were:
Cellular Proteomics; Drug & Biopharmaceutical Proteomics; Systems, Bioinformatics & Omics Data Integration; Disease & Clinical Proteomics; Precision & Personalised Proteomics; and the Human Proteome Project (HPP). In addition to the concurrent themes, there were exhibitions, networking and poster viewing sessions which were well attended by delegates. Poster presenters had an opportunity to share their work and also get some valuable suggestions from proteomics world experts that visited their posters.

A representative from the African Centre for Gene Technologies (ACGT), Mr Thabo Khoza, attended the congress. Mr Khoza is a Liaison Scientist at the ACGT and has been responsible for bringing the proteomics community together through symposiums and workshops for the past 4 years. This was the 2nd time Mr Khoza attended the HUPO congress.  This time around, Mr Khoza was tasked to meet with a few world experts in the field to share ideas on forming a proteomics society for South Africa. Mr Khoza met with Prof Stephen Pennington  (Chair of the Ireland HUPO organising team and Professor of Proteomics at the University College Dublin Conway Institute), Dr Maarten Dhaenens (President of the European Proteomics Association and researcher at Ghent University), Prof Kathryn Lilley (Director of the Cambridge Centre for Proteomics, University of Cambridge) and Prof Lennart Martens (Professor of Systems Biology at Ghent University, and Group Leader of the Computational Omics and Systems Biology group in Ghent, Belgium).  All four world experts stressed the importance of a functioning society that would address the needs of the proteomics community and create an effective space for networking and collaboration.

Mr Khoza was able to identify a number of researchers who could potentially come to South Africa to facilitate future workshops for the South African proteomics community. These researchers presented some of the talks that stood out during the congress. The talks included those by Ben Collins, who gave a talk on “Quantitative Interaction Proteomics: Insights into Biological Systems” and Ruedi Aebersold, who gave a talk titled “The Protein in context”. Matthias Uhlen who’s talk was titled “The human protein atlas – implications for human biology, drug development and precision medicine” stressed the importance of transcriptomics, handling of big data, the focus of tissue-specific proteome and having a pathology atlas in addressing concerns associated with the human biology, drug development and precision medicine.

Through the interactions that Mr Khoza had at the congress, the ACGT plans to have two proteomics workshops in 2018 as well as engage the South African proteomics community to establish a proteomics society.

The congress was a great platform for networking.  It was well attended by delegates from all over the world, with a common interest in proteomics and how it can be applied in humans and other systems. The next congress will be held in Orlando, USA from September 20th 2018 till the 3rd of October 2018. 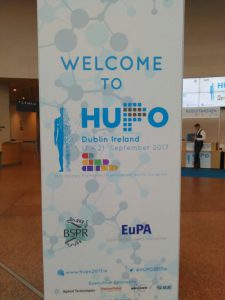 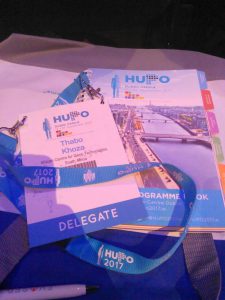 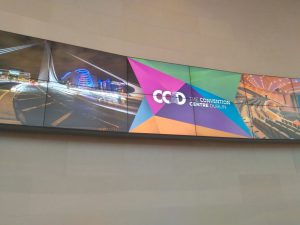 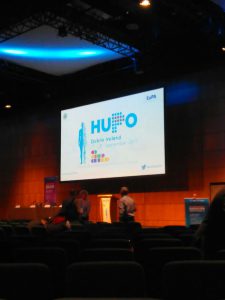